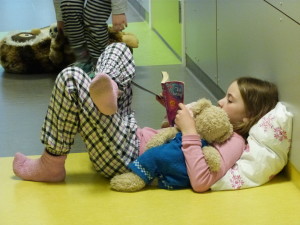 GIS community is a diverse group of families representing a wide variety of cultures with their beliefs, customs and traditions, and languages. We recognize the central role of language in constructing one’s identity as well as academic, social and emotional development of every child. We are committed to supporting families in their efforts to maintain their mother tongues.

Research shows that children who have a strong foundation in their home language are more successful at school than monolinguals and enjoy a greater feeling of self-worth and identity (UNESCO).

Mother tongue and the language of instruction

Parents speaking their mother tongue with their children strengthen the bonds with the children and allows parents to pass on their values and beliefs. A comparable level of intimacy is hard to achieve in a second or third language.

Some families may choose to return to their home country in the future. Strong mother tongue skills will definitely help the child in further studies, including university, or securing a job.

Benefits of being multilingual (according to research by Tracey Tokuhama-Espinosa):

At GIS, we help parents strengthen their children’s mother tongue by: